The Guided Tour – Proudly entering our 50th year of providing our travelers with life-changing experiences! 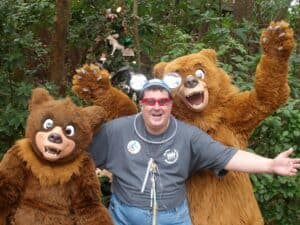 Join us on this incredible vacation to Orlando, Florida, which is an area The Guided Tour knows so well. We have been touring the Walt Disney World Theme Parks, as well as the Orlando attractions, since both The Guided Tour and Walt Disney World Resort started in 1972. This six day trip will not only include the Magic Kingdom, SeaWorld, Disney Hollywood Studios Theme Park (or Universal Studios or EPCOT), a terrific dinner show, delicious food, great shopping, swimming or relaxing out by the pool, but also a day in Disney’s Animal Kingdom Theme Park. Animal Kingdom tells the story of all animals, real, imaginary, and extinct – with thrilling attractions, incredible landscapes and close up “meetings” with exotic creatures. A highlight of our visit will be the Kilimanjaro Safari, where we will board an oversized, all-terrain safari vehicle to see hundreds of wild animals living under trees, wallowing in waterholes and galloping across the plains. An exhilarating chase to capture elephant “poachers” will take our travelers through some of the park’s lush vegetation near the heart of gorilla country. There is much more to Disney’s Animal Kingdom Theme Park than we can describe here. Don’t miss out, sign up today!

Page load link
There were errors with your submission. Please try again.